Use Fillet to create a new ARC object that blends between two existing LINEs or ARCs.

Fillet is also practical to use when LINEs meet or cross (or would meet if they were extended) in a corner to create a round corner. 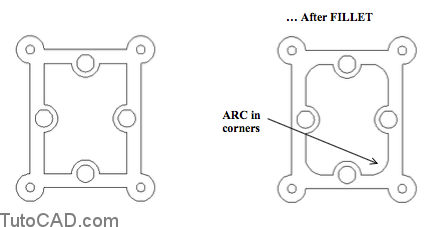 You can use a Fillet Radius of zero to force LINEs & ARCs to terminate in a corner at the point of intersection.

When you invoke Fillet the current radius is reported on the command line but you can use the Radius option to change it.

– right-click in the drawing area to invoke a shortcut and pick Radius to change the current radius.

The Fillet command is terminated when you use the Radius option to set the new current radius.

you must invoke Fillet again to use the new radius.

The current Trim Mode setting is also reported as one of the current  settings on the command line when you invoke Fillet.

See also  How to use SCALE command

if Mode = Trim the lengths of LINEs & ARCs you select for Fillet  are adjusted to terminate at the endpoints of the new ARC.

use the Trim option of Fillet and select No Trim if you do not want to change the lengths of these selected LINEs & ARCs. 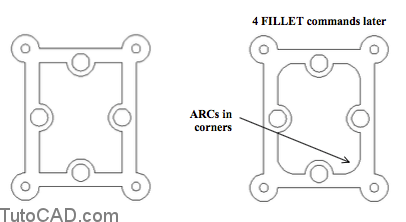 AutoCAD uses the selection point to determine what part of the LINE or ARC to keep when these objects are trimmed. 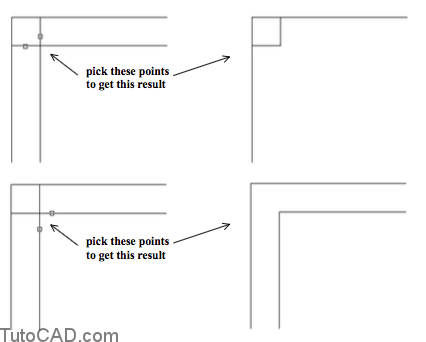 You can select parallel LINEs to Fillet.

the required radius is calculated & used automatically without

changing the radius saved in the FILLETRAD system variable.

AutoCAD changes the second LINE that you select if the LINEs must be adjusted in length.

See also  How to use Zoom previous command 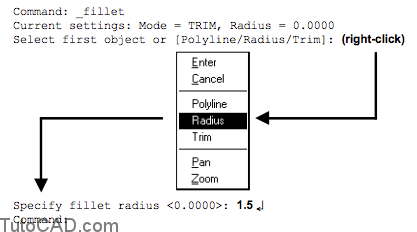 The last time this drawing was saved the FILLETRAD system variable was 0 (TRIMMODE was set by T08.scr on page 5) 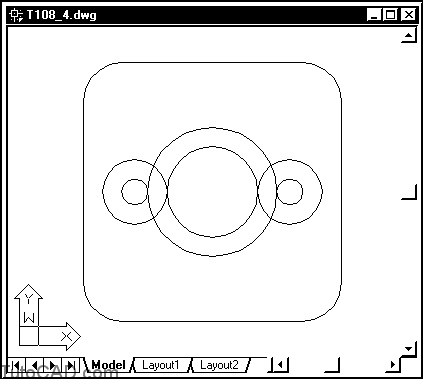 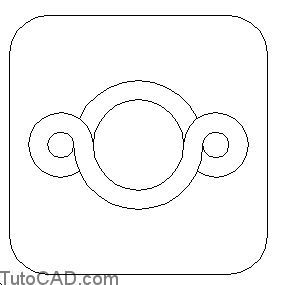 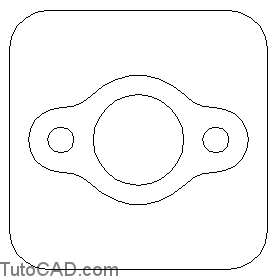 How to use EXTEND command

How to use CHAMFER command

How to create a Page Setup For The Model

How to use ERASE To Delete Objects

How to start and close AutoCAD

How to use ZOOM Scale command

How to modify HATCH Objects

How to use STRETCH command

How to use Layers (Introduction)

How to Insert Blocks & Drawing Files

How to set & Lock Viewport Scale

How to use Inquiry Tools For Points

How to create a page Setup For Layouts