It is easy to make new UCSs with the New sub-options of Ucs.

The current UCS is unnamed after you use one of the New options (e.g. 3point) of the Ucs command to define a new UCS 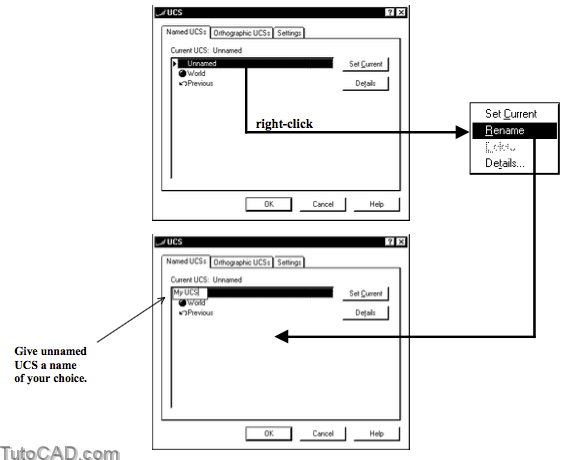 You can use the same Ucsman dialogue box to Restore a named UCS (after having given it a name).

You can also restore a named UCS by selecting it on the UCS II toolbar drop-down list.

You do not have to name a UCS if you only want to restore one of the Previous UCSs that you defined in the current drawing session.

AutoCAD retains the previous 10 UCSs of the current session

»1) Close the drawing from the previous exercise if it is open.

»3) Pick Tools + Named UCS to verify that World is the only UCS that appears on the Named UCSs tab. Pick OK. 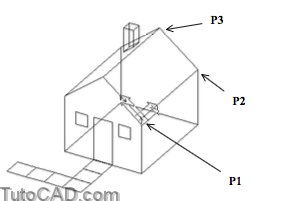 5) Pick Tools + Named UCS again and remain in this box. 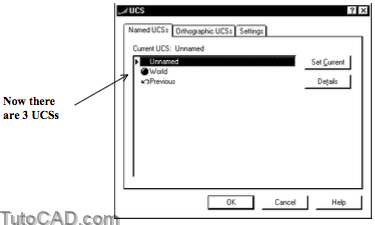 You invoked the New option of Ucs to define a new UCS using 3point and now there are three UCSs on the Named UCSs tab.

See also  UCSs In Multiple Viewports in a 3D drawing

6) Right-click on the unnamed UCS on the Named UCSs tab to invoke a shortcut. Select Rename then type Roof as the name for the current UCS. Then pick OK. 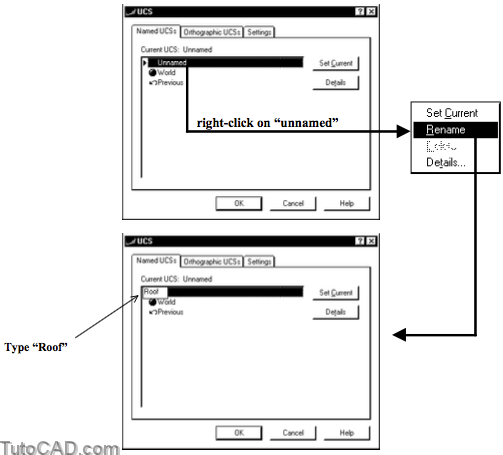 10) Display the UCS toolbar (if it is not already displayed). Keep picking UCS Previous until you get back to the World. 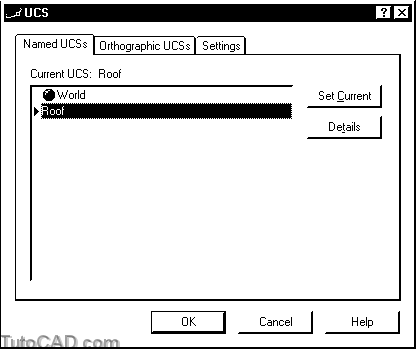 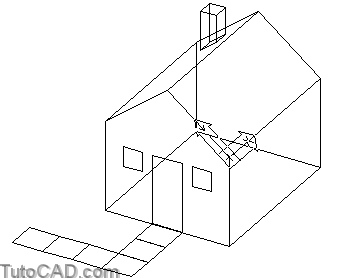 The custom UCS that you defined on the roof and then named Roof is now the current UCS.

12) Save the changes to this drawing and then Close the file.

UCSs In Other Orientations

UCSs In Multiple Viewports in a 3D drawing

Generating 2D Views With SOLDRAW in a 3D drawing