While display order is normally not an issue for most AutoCAD objects, it can be very important when you work with images.

Younger objects normally display & Plot on top of older objects but you can use the Draworder command to change this display order.

It may seem that images float to the top after you edit them.

You can make the background transparent in bitonal images (i.e. raster image files set up using a one bit per pixel format)

Use the Transparency command and select the frame of an image object to change the transparency setting for that image.

See also  How to use selection Cycling

When you combine vector objects with bitonal images you may

want to turn transparency On for these images.

You can also select an image frame when no other command is running and right-click in the drawing area to invoke a shortcut.

1) Open the T203_3.dwg drawing in your personal folder
(or open the drawing from the last exercise if you completed that exercise). 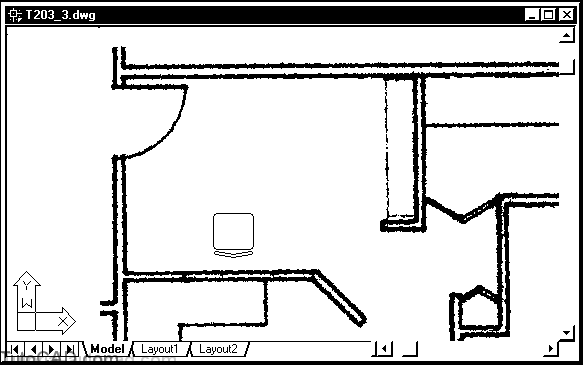 2) Pick Tools + Display Order + Send to Back. Select the Chair object and press <enter> to continue. 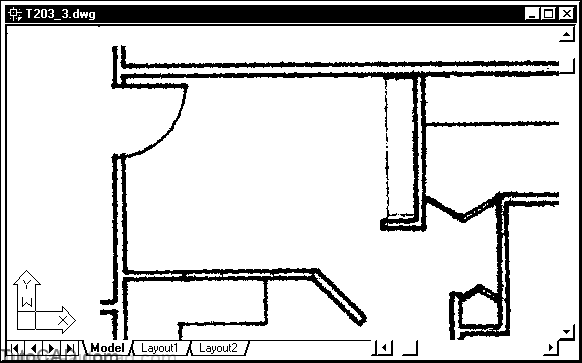 The floor plan image attached to this drawing is a bitonal image but transparency is turned Off (by default when you attach an image).

See also  How to create and use Groups

4) Pick Modify + Object + Image + Frame. Right-click in the drawing area to invoke a shortcut and select ON. 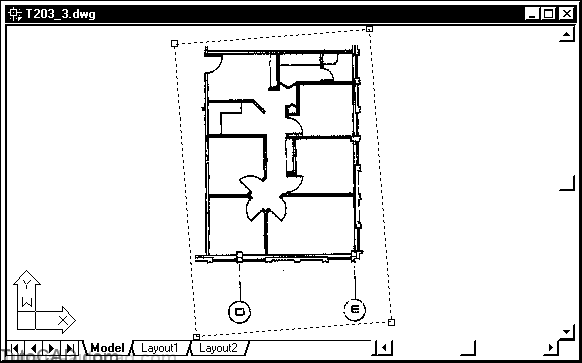 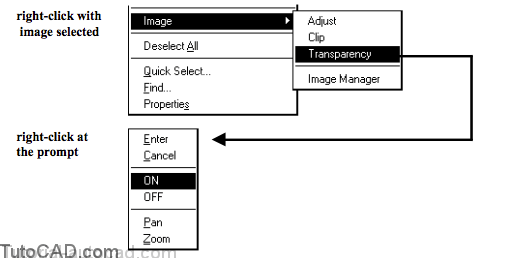 The chair should be visible again (even though it is under the image) because the background of this image is transparent.

8) The first two Specify on-screen boxes should be checked. Then pick OK to continue. 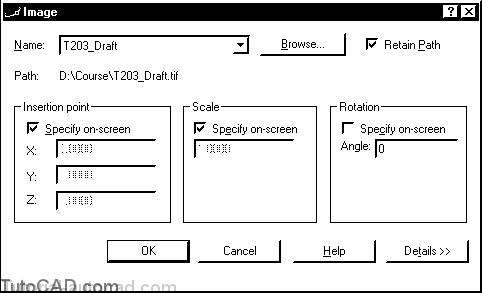 9) Pick near P1 then move your crosshairs near P2 so the image frame is approximately as shown. Left-click to insert the image. 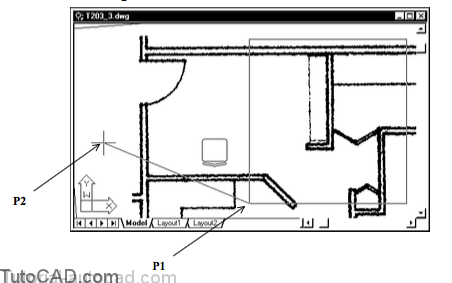 13) Pick Tools + Display Order + Send Under Object. Select the Draft image frame and press <enter> to continue. Then select the chair as the reference object.

15) Select the frame of the Office image & select FURNITUREin the layer list. Press <Esc> twice to clear the grips.

Bitonal images inherit the color of the current layer so the walls should now be red.

See also  How to use Overlay vs Attachment

16) Save the changes of this drawing and Close the file.