You may have noticed that our BOX1 program still doesn’t run as cleanly as most AutoCAD commands or other LISP routines that you may have previously used. After getting the core of a routine to work, you can add several simple functions to make it run more smoothly. 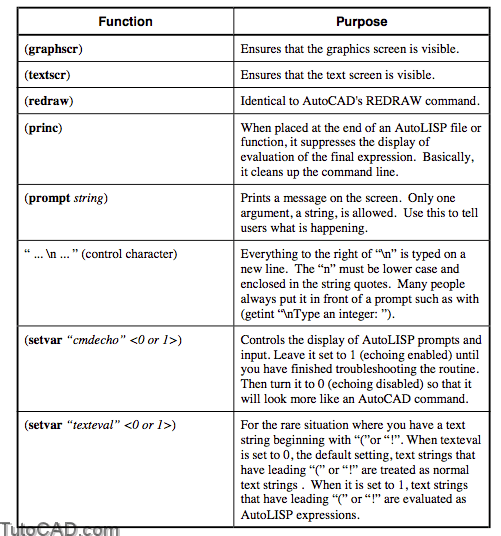 Edit BOX1.LSP as indicated below to clean up the way it displays at the Command line and to ensure desired operation. Estimated time for completion: 5 minutes.