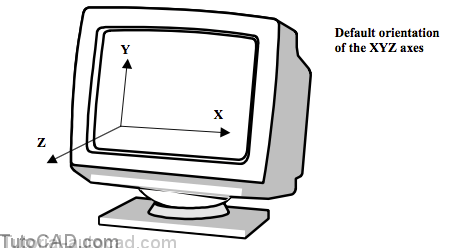 Right Hand Rule And The UCS

You can define your own customized axes for X,Y & Z at any orientation using a variety of different tools 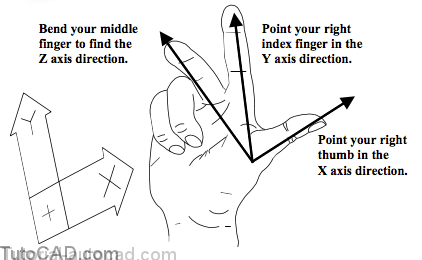 You can change your point of view in a variety of different ways and you can change the way 3D models appear in plots or on-screen.

Many tools for viewing 3D models can be invoked from the Viewpulldown menu & you will use some of these tools in this document. 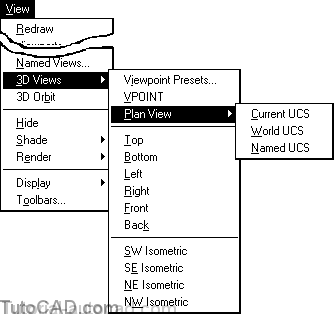 You probably know more about 3D modeling than you realize if you already know how to create 2D geometry in AutoCAD.

For example, you could use the Pline command directly to draw the outline profile shown below 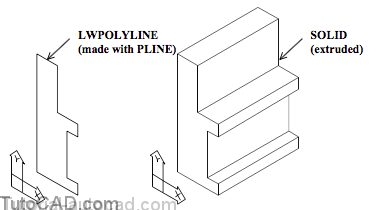 You can use standard boolean operations to combine several REGIONs (in the same plane) into a single REGION.

Use Union to create a new REGION that includes the combined areas of the selected REGIONs.

See also  UCSs In Other Orientations

Use Subtract to remove the areas of selected REGIONs from another larger REGION.

Use Intersect to generate a new REGION that includes only the areas that all of the other selected REGIONs have in common.

»1) Launch AutoCAD (if required). Pick File + Open and select the T301_1.dwg drawing file in your personal folder. Close all other drawings (if other drawings are open).

»2) Pick Tools + Run Script. Select the T301.scr script file in your personal folder and pick the Open button there to run this script. This sets several system variables to match the behavior illustrated in this manual.

»3) Pick Modify + Trim and press <enter> when prompted for cutting edges (to use ALL objects as cutting edges). Then pick the CIRCLEs near P1, P2, P3 & P4 as objects to trim. Press <enter> to terminate Trim.

»4) Pick Modify + Fillet and invoke the Radius option. Enter 1.5 as the new radius.

»5) Right-click in the drawing area to invoke a shortcut and select Repeat Fillet. Pick the two ARCs near P5 & P6. Use a similar technique to complete the outline as shown. 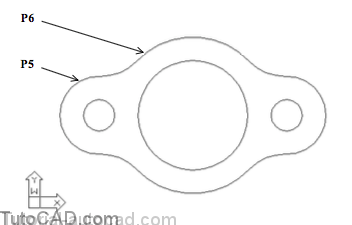 » 7) Pick Draw + Region. Enter ALL to select the LWPOLYLINE and 3 CIRCLEs and press <enter> to complete this command. 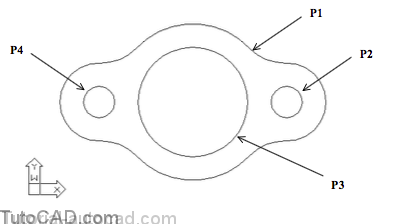 When you first opened the drawing there were 6 (ordinary) CIRCLEs created in the (default) World Coordinate System.

When you look at the UCS icon in the lower left corner of the screen you see the X and Y axes in a different orientation. 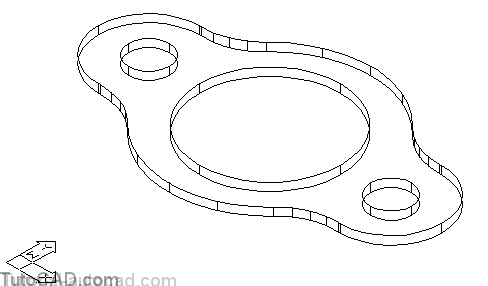 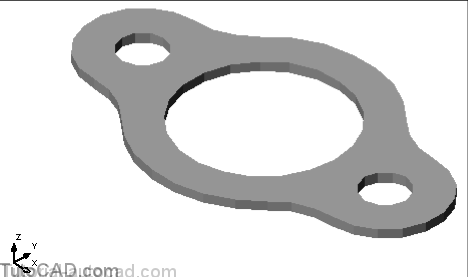 13) Pick View + 3D Orbit. Right-click in the drawing area to invoke a shortcut. Pick More then pick Continuous Orbit. Pick a point near the center of the screen and drag your cursor slowly in any direction. When you release your mouse button the 3D SOLID will revolve continuously on-screen. 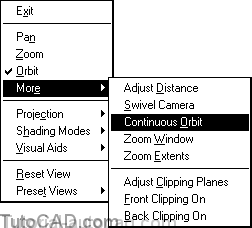 You can drag again (while the model is spinning) to change the way the model appears to be spinning on-screen. 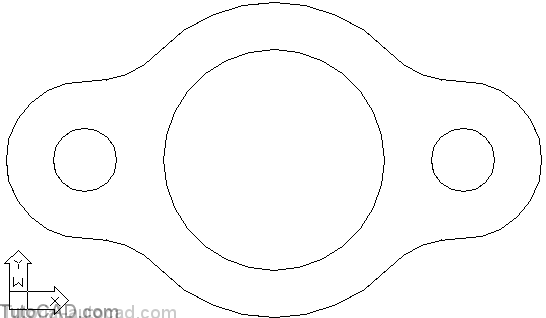 The model was never really revolving in 3D space (you were the one moving to view the model from different viewpoints).

With minimal effort you were able to create a simple 3D model from familiar 2D objects and you did not even have to change your UCS.

» 17) Save your changes to this drawing and Close the file.

Generating 2D Views With SOLDRAW in a 3D drawing

UCSs In Multiple Viewports in a 3D drawing